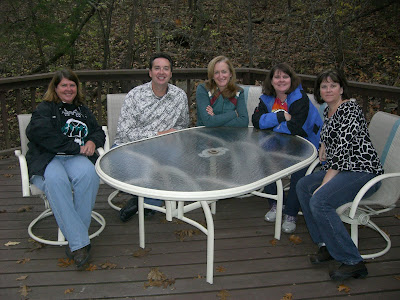 It is almost over. This is the thought that invades her mind before her eyes have opened to greet the day. As always, as soon as the first thought enters her mind, she removes to prayer and this line is delivered plaintively to her Maker. It is before she has had time to remind herself to look for the good in everything. It is while she is still off guard against negativity. I want more she breathes to the Creator, and I love what I have been given, thank you for what I have been given. Yes, now she is more fully awake, now she is striking the proper tone, the tone that she will take with her into the new day.

A smile now reaches her lips, the ghost of the one that guided her to sleep last night, and she snuggles deeper into the warm covers for a last minute of indulgence. It is early, and they went to bed late, much later than her in fact, and so she is surprised when during this last extravagance she realizes that voices are issuing forth from the kitchen below. Why how can they possibly already be awake? She doesn’t like to admit it, but she prides herself on being the one-with-stamina. The one who impresses all with how she can keep going and going. Yet in this she is clearly being shown up by her old school friends. Affronted, the last half of that indulgent minute is dispensed with as she hurls herself purposefully out of bed, hastily pulling the sheets and pillow cases off into a neat pile for the laundry. Another second is afforded to sadness as this action reminds her she will not sleep here again. She comforts herself by reminding , while she dresses, that after a time, she will sleep again in her own home, after snuggling with her lovely little family, and she is back on the positive side of the fence.

She is a snob, there is no two ways about it, but she ameliorates this by poking fun at the very things that make her thus. As she bounces down the stairs to see who has beat her out of bed, she therefore mocks her horror at this aloud, and easy laughter pervades the room, just the tone she had hoped to set. Quietly though she acknowledges only to herself the fact that she is the only one who dressed for the day and packed all her belongings, bringing them to the foot of the stairs, so in a way she can feel calm in the fact that she is still somehow ahead of the game. She is not proud of these thoughts, so makes more fun of herself in another tack, just for good measure and settles in to a nice cuppa with the two mates that are up.

She easily lets her mind glide over the facts, which are that Chris is already hard at work cooking a grand meal for them to eat in an hour or so. Glossing over the facts that might tip the scales away from her again is her especial skill, and they all pick up where they left off, remembering the past, both shared and otherwise. She had walked in on a conversation about childbirth, a landscape they have all crossed, although not while in each other’s lives. She loves hearing the stories and sharing her own, and soon the fourth of their party joins them. They head back out to the deck, another beautiful day is in store and like all true Midwesterners, they recognize their duty to enjoy any agreeable weather, knowing it is likely that tomorrow will bring something entirely different.

The time passes quickly and soon the fifth and final player in their party is motoring down the drive. From the first glance she sees how this last performer will play his role—he is destined to be the successful one. She has heard that he worked hard to be thin and well groomed at each of the previous class reunions. His car is one designed to give the impression of a car one is driven around in, and it takes a second look to realize it is mostly a disguised standard import. It sweeps around the curve, and there is a pause as they all wait at the balcony rail for him to emerge. In those few moments what is he collecting? His thoughts? His courage? A final look in the mirror? Then the door opens and out he comes and all his hard work is not lost. It is not only her breathe she hears sharply drawn in, although the others have met him once or twice in the ensuing quarter century. In school, Doug had been one of only two boys in their class that received any attention whatsoever, although not the type of attention he probably sought. Doug and Chris, friends all through school as far as she knew, were the cream of the crop, and a weak crop it was. She believed it was commonly this way, that most of the boys her age were a bit of the doddering fools. Blushing often, uncomfortable in the company of women, even the unformed women of their class, lost behind the girls who had better grades, better ways of communicating, and better visions of what a boy they would date would look and act like. Amusingly there were several from the class a year behind theirs that fit the bill and it must have further enervated them to see the girls run past them into the arms of those they saw as pipsqueaks from the junior class.

But Doug and Chris were in a different situation. Secretly, many of the girls did want to catch their eyes, but on the face of it they were so enjoying the male companionship that they received from these two that they mostly did not seek them out for a date. His glorious smile emerged as soon as he exited the car, and although this tall, slim, urban stranger surprised her, the smile brought it all home. She tried to remember as everyone exchanged greeting hugs, if she had thought of him in a romantic way…it seemed easy to believe now, but she thought perhaps she had not seen his potential in high school. She remembered he tended to come across as pudgy, although she didn’t remember him being actually fat. When discussing various classmates that turned out to be gay, she got things mixed up and she inadvertently put his name on the list. She was corrected soon after, but she was even now seeing how she could have made that mistake. He cared about how he looked, he paid attention to details that most boys his age not only missed, but couldn’t have cared less for, all the girls adored him in a brotherly way. Signs enough. She was glad this particular set of thought remained unspoken, she realized with horror the unfairness of them and moved back into the group conversation, shivering at her prejudicial inner remarks.

They decided to eat the breakfast that was now ready, and sat ‘round the formal dining room table complementing the chef and getting reacquainted. She found herself less in charge of the conversation as she was used to—upon reflection this was actually very common when the group grew beyond one or two others. It was partially why she so hated parties and other large gatherings—she found herself lost and adrift most of the time at these affairs. In this case she just enjoyed the ebb and flow of the talk, taking in all the extra knowledge this group had of her past—Kim and Doug especially seemed to have an encyclopedic memory of all that had transpired for the years they had schooled together. She found out she used to send many coded messages to members of her group, a fact that completely shocked her, as she did not for a minute remember this. After a time they retired to the media room where Chris shared a slideshow of family pictures and they searched Facebook with the big screen television displaying the results as they looked for more classmates. The group was soon divided into two invisible categories; those who found their dearest memories were firmly imbedded in the halls of their high school; and those who could not imagine that being the pinnacle.

They took a break to take group photos outside, Chris’s husband now home was pressed into service as photographer, this being a large part of his career, they weren’t concerned that the outcome would be undesirable. She knew she needed to hit the road soon, and so snapped some additional family photos and began to detach herself from the group. Others were also reaching the same conclusion, so her goodbyes grew long as it was decided all would leave at once. At first she was a little annoyed by the delay, she may have lived 2/3 of her life in Minnesota, but she was not one for long goodbyes. But when she found her eyes misting up with sadness at the prospect of leaving this lovely week behind she was glad for the bustle and distraction it all brought.

Heading out of the city an hour later, into yet another rainstorm, she tried to sum up and review all this trip had meant to her. Lost friendships rekindled, enjoyable touristing, great entertainment, meeting the new and the old were all wonderful. But mostly what she had been given on this trip was herself. For years now her life had been fractured. The utter horror of her first marriage and all the drama that surrounded it served as a bunker, keeping the territory she had already traversed a country away from the person she had become in the aftermath. She had believed that person dead and gone. She had assumed that she had been foolish, unworthy of remembering, inconsequential. What these four old friends had been able to give her was a sense of a girl she knows she would have liked. She saw through their eyes someone who knew where she wanted to head, and was making progress in that direction. Someone who showed the world she was sure of herself. Someone who mattered to the lives of at least these four. Someone who would have mattered to her. What a gift this trip had been in that fact alone.

She turned on the third section of Capote’s classic and lost her 45 year old self in the landscape and storyline, content not to think more on her life for the space of time it took her to head back to her home.
Posted by Minda at 6:02 PM

Ah ha! You hit your stride with this one. Very polished attitude and flow. Thoughts and actions braided together like a true storyteller. Seamless flashbacks. Awesome!